This was one of the cheapest LED lasers at the time (£140) from Banggood.

They call it a 20W but really that’s the input power and not laser which is probably around 5W, that’s a bit dishonest seeing that Fibre and CO2 lasers are measure form an output. I have a Laser power meter which I’ll try later. 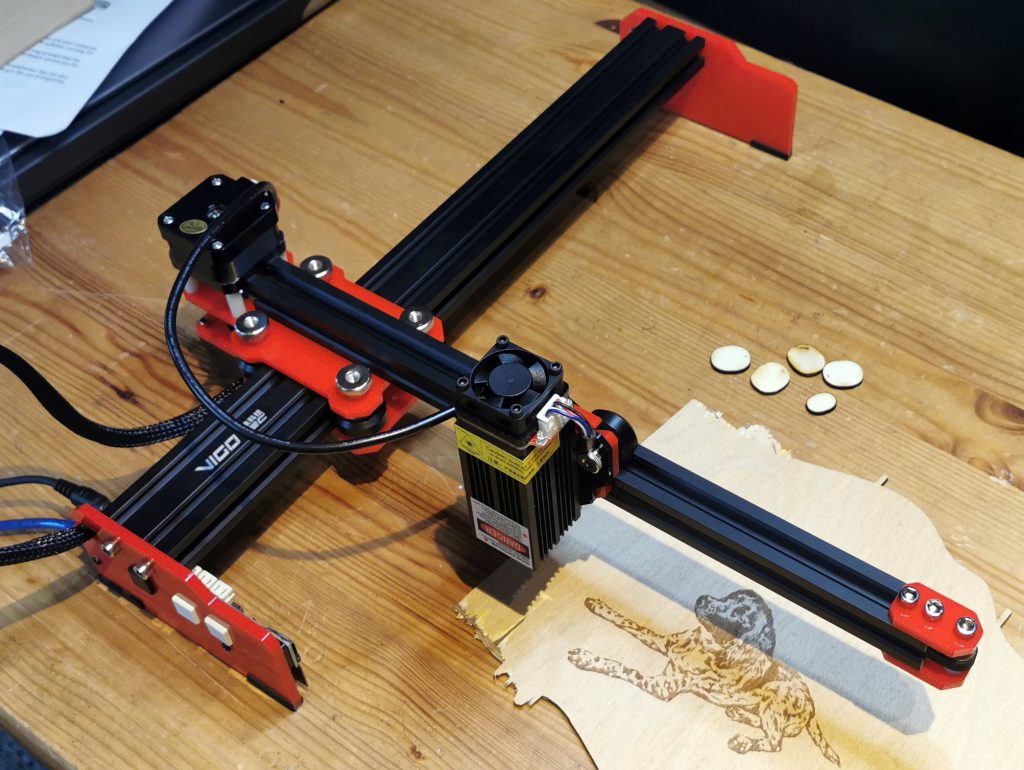 The Software this comes with is OK and I really wanted to use the Wireless function.
I couldn’t get that to work reliably and as it uses it’s own propriatory commands doesn’t talk directly to the ATMEGA328P to use GRBL.
Lightburn which I already have is the way to go.

Massive thanks to arkypita over on GitHub for pointing me in the right direction.

Below is the standard circuit and by bypassing the Wifi chip we can talk directly via the USB serial controller the to the ATMEGA328P.

4 SMD resitors removed and the rewire as below. 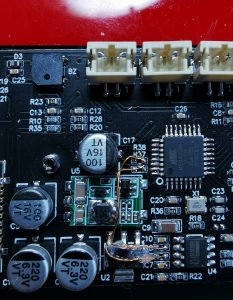 I didn’t have to flash the Firmware, Lightburn picked it up as GRBL V1.1f.
Just had to play with the size of cut area (330mmx190mm) and it’s working fine.

Handy to change the setting in LB Device to enable the laser button at a low power to see your exact location.

It’s very sensitive to USB interference, I’ll try a better quality lead but at the moment I can see errors with any extension.

First attempt below, took 4minuts and very little smoke.
It’ll cut light poplar 3mm plywood in one cut but scourches the edges, 2 passes at lower power is much better but I’ll not be using it to cut. 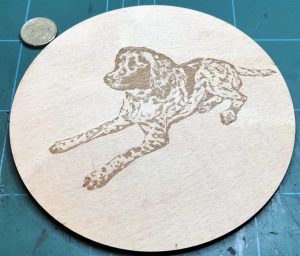