Based on Team BlackSheeps TBS Discovery top and bottom frames with DJI arms.

The frame has integrated circuitry reducing the amount of wires.

Not setup for FPV. 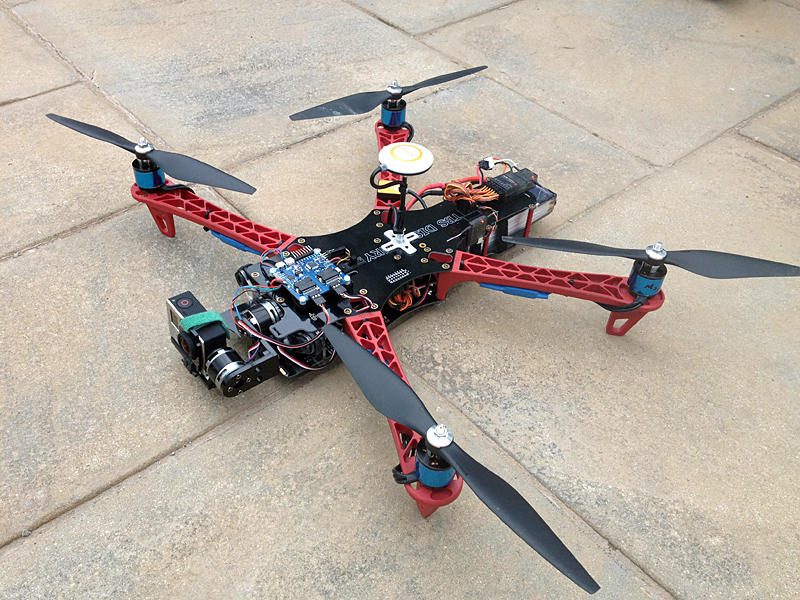 I used the speed controllers and motors from old UAV.

I bought a cheap Brushless Gimbal for the GoPro camera off eBay, it included a controller based on the BaseCam SimpleBSG but I suspect a locked un-upgradable firmware.
This design is to hang under a Quadcopter but I made some mounts to fit the front of the frame. Also to lose some of the weight made new motor mounts and ditched most of the alloy stuff. 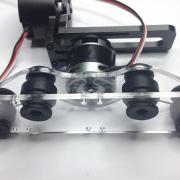 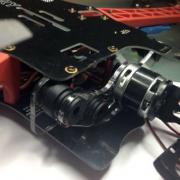 To raise it up a bit so take off from grass is easier I made these extensions to the legs. 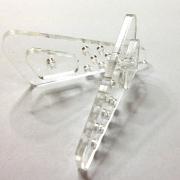