I like playing the classic games like Dig Dug and PacMan but you really need a 4-way joystick, go diagonal on these and they don’t like it, who does.
I have the MAME consoles but have got some of these games on my Xbox One, so it begins.. 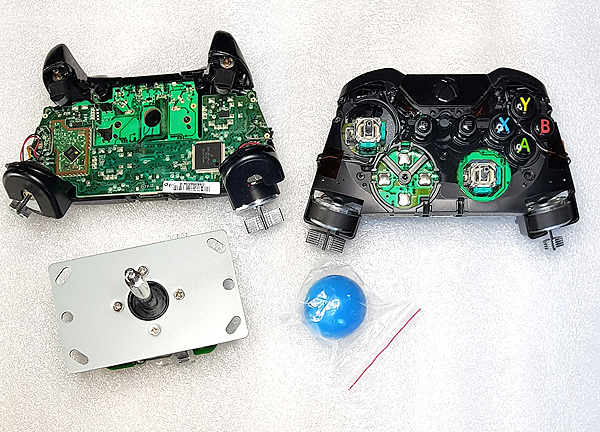 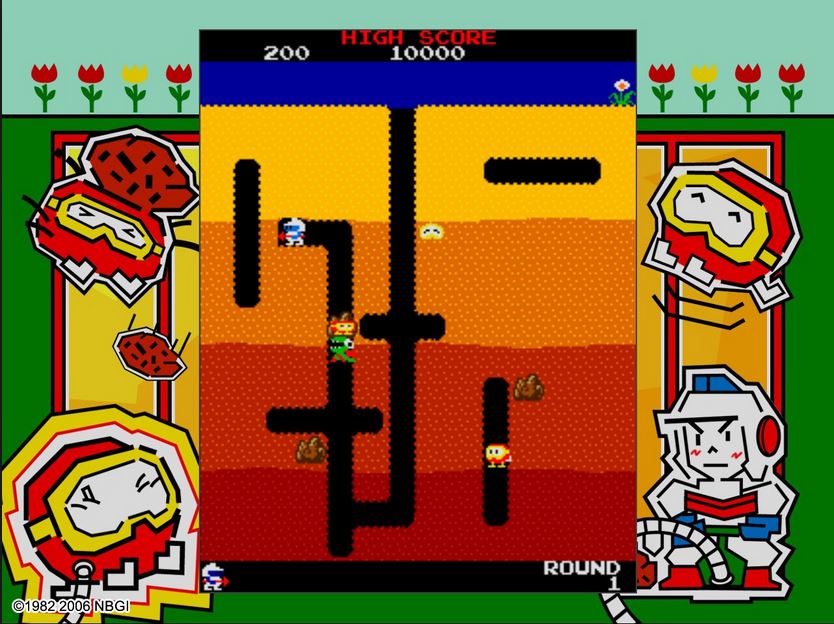 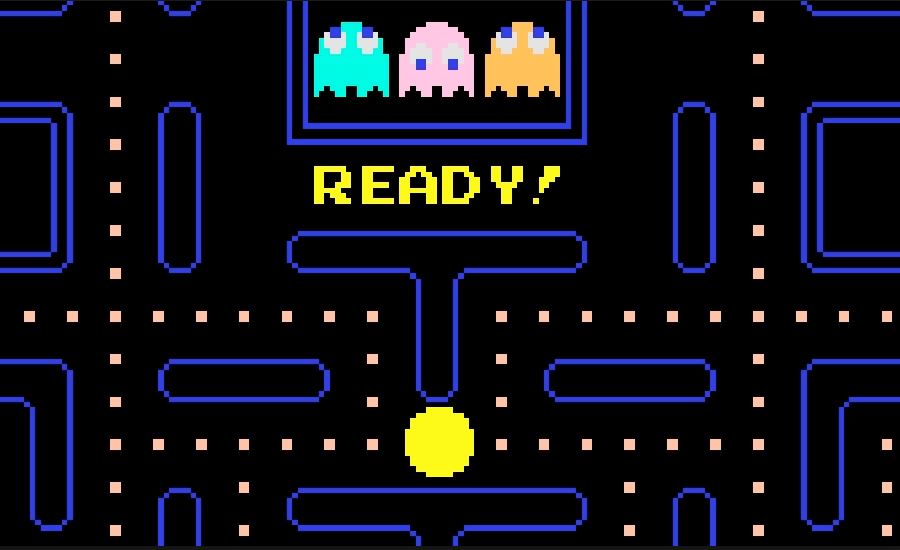 This is a joystick I have spare and needed an acrylic plate made to block off the 8way, I lasered this out and fixed to the bottom, felt OK. 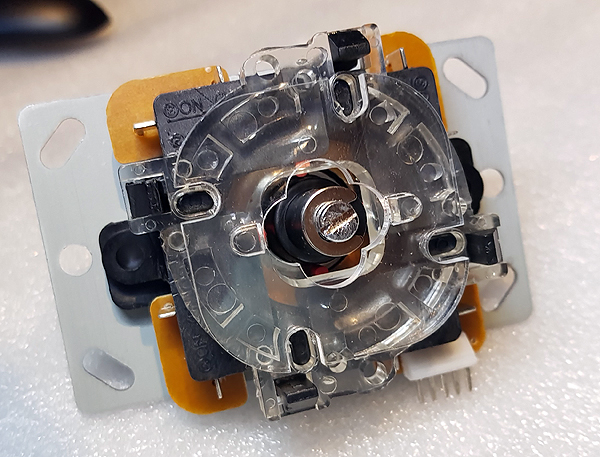 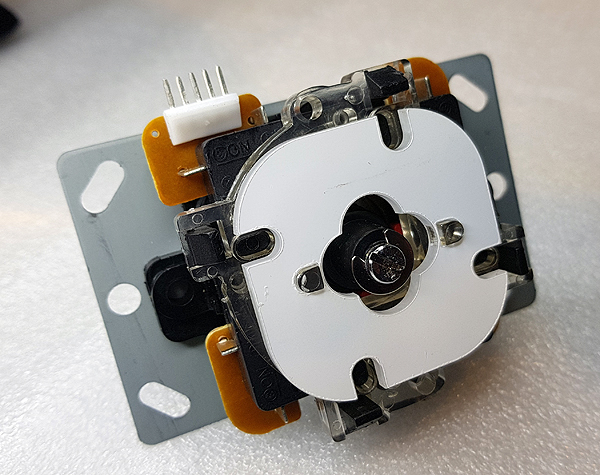 The main housing isn’t going to be anything special so a laser made box with all the holes in the right place, plus some extra small buttons ordered from eBay. 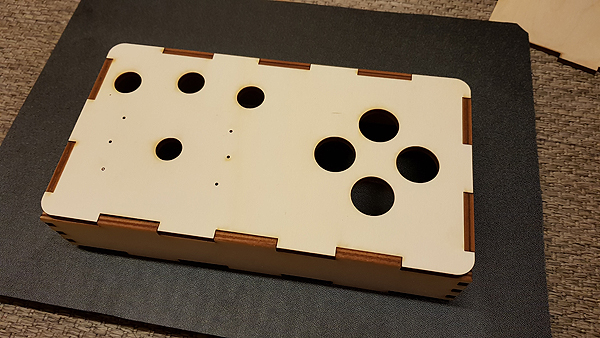 I dragged the vacuum heat and forming project out the loft, used for Surf Pi metal detector 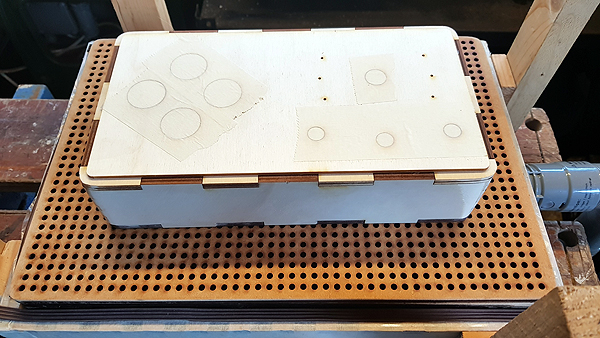 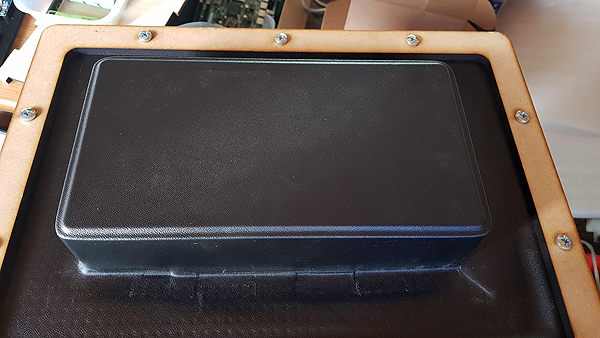 The first attempt didn’t come out that well but salvaged the top to use as a bottom cover, below came out great. 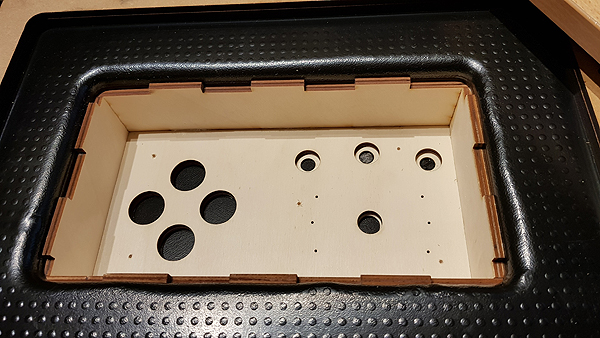 I laser cut some letters to mimic the Xbox buttons 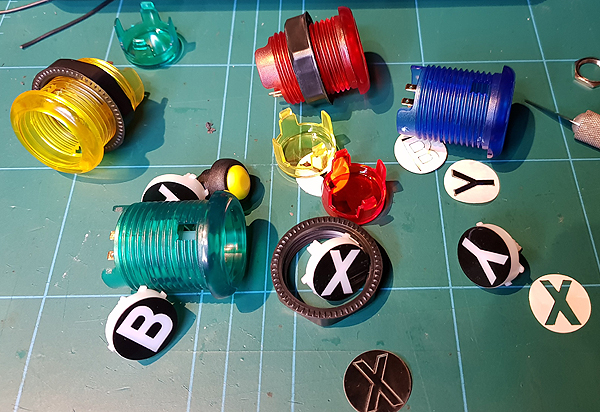 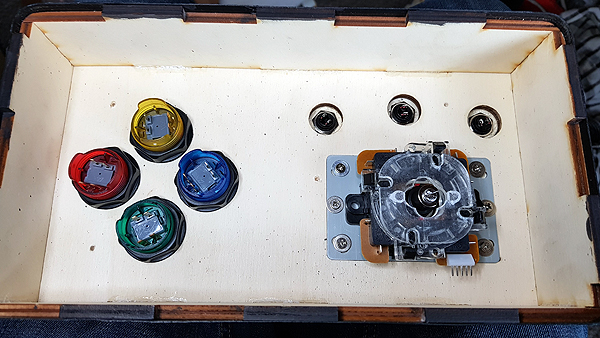 A naked Controller, initially I tried taking all the contact points from the two connectors that join the boards together.
The weight of the wires lifted the circuit board traces so ended up scrapping the connection material off from under where the rubber contacts touch and soldering from there. 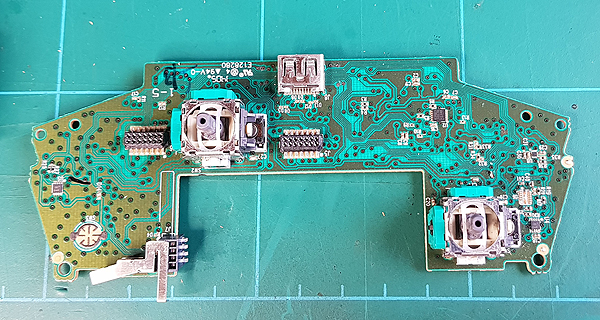 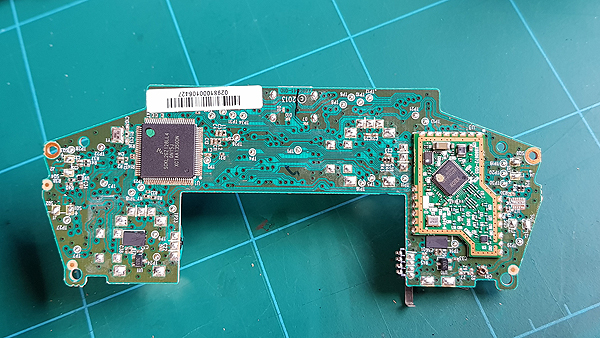 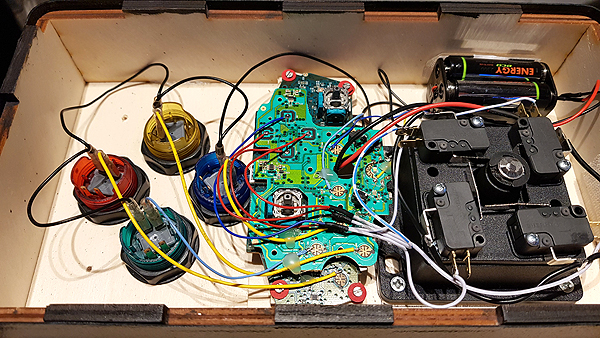 I failed on the original joystick (below), I didn’t like the feel of the gate I’d made so purchased a new Suzo Happ (bottom)
By changing the bottom actuator you can turn it from 8 to 4-way, it stuck out the bottom lid though so had to chop the bottom off it.
What other word for bottom could I use? 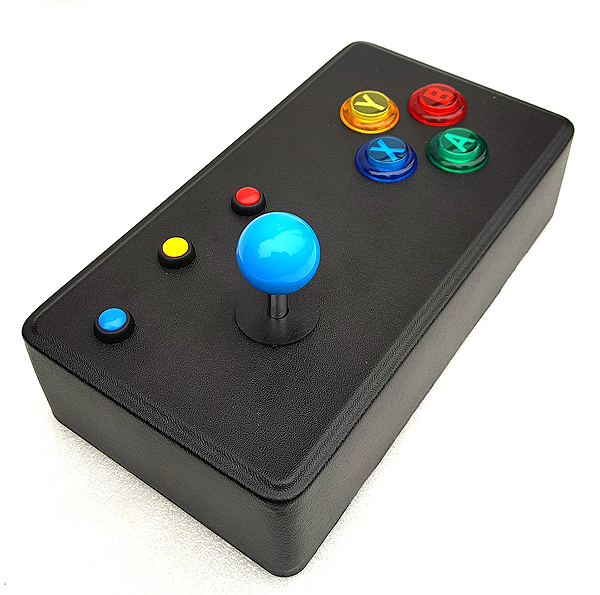 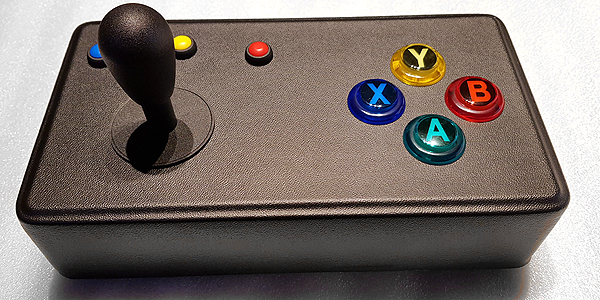